Surrounded by mountains and lakes, Yukon shares a 1,210 km straight border with Alaska on the west. Out of all the provinces in Canada, it is known to be the smallest and least populated. As the population is relatively low, there are lots of opportunities for Canadian immigrants – both skilled and semi-skilled immigrants.

The main immigration program is the Yukon Provincial Nominee Program (PNP) and the program has various categories:

Back in March 2015, Yukon introduced an Express Entry stream (YEE) to its existing immigration programs. This stream allows the province to nominate applicants who are already in Immigration, Refugees and Citizenship Canada’s (IRCC) Express Entry pool and who have the necessary education, skilled work experience, language ability and other factors to help them migrate successfully into Yukon’s labour market communities. To submit a profile to the Express Entry pool, applicants must be eligible for at least one of the following three federal Economic programs:

If you received a job offer for a position included in the NOC level 0, A or B, and hold a valid Temporary Work Permit or Student visa (if you are already living in Canada at the time of application), employers may nominate you for permanent residence in Canada if you meet the following requirements:

If you received a job offer for a position included in the NOC level C or D and hold a valid Temporary Work Permit or Student visa (if you are already living in Canada at the time of application), employers may nominate you for permanent residence in Canada if you meet the following requirements:

If you have at least three years of entrepreneurial or business management experience and have five years of business experience related to your future business in Yukon, you may be able to apply for a permanent residency after a two-year work permit from the IRCC if the proposed business is in one of the following industries (strategic Sectors):

If the business belongs to any of the following industries, it will be considered as an Ineligible Sector:

Business owners and entrepreneurs will need to meet the following requirements to be eligible to apply for this business immigration program:

The Yukon Community Pilot (YCP) is a new stream launched in 2020 and will run for three years, Yukon will issue invitations to skilled workers through this program in effort to fill gaps in the job market and top tier skilled workers. If you have a valid nomination for permanent residence from Yukon, you may be granted with a two-year location-restricted open work permit.

To qualify for the work permit, you must meet the following requirements:

Once your work permit has been approved, you can work for up to three different employers in one of the participating Yukon communities: 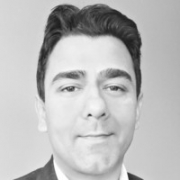 Kunal Thakur is a passionate Regulated Canadian Immigration Consultant (RCIC), holding close to two decades of immigration experience, during which he has successfully guided thousands of immigrants in their immigration journey. He is quick in responding to client queries and would always give his clients the right advice. Kunal also brings immense value in all his talks and discourses on immigration and when not in front of his laptop reading and analysing client cases he could be seen exploring new places and trying new things. Kunal is currently based in Adelaide, Australia. You can book a time with him here.

Sorry, no posts matched your criteria